About our flight training aircraft

Here at Stapleford Flight Centre, we run one of the most modern fleets of training aircraft in the world. Unlike many of our competitors, we provide all commercial students a wide variety of aircraft types to train on; from our single-engine Tecnam P2008 JC, Cessna 152's, through to our retractable-undercarriage Piper Arrows, all the way up to our state-of-the-art multi-engine Diamond Twin Stars. This means that you will be building an ever-wider experience of different types of aircraft - each with different handling characteristics and performance.

A brand-new addition to the SFC fleet in late 2014, the Tecnam P2008JC will be used on all our PPL courses. With a cruising speed of 116kt, this is 'state-of-the-art; single engine, high-wing, two-seater training aircraft was built in Italy. It has a stylish carbon-fibre fuselage, metal wings and stabilator. It has Rotax 912 piston engine, powering a two blade propeller. There is a fixed tricycle undercarriage. A stunning aircraft for all our PPL students. 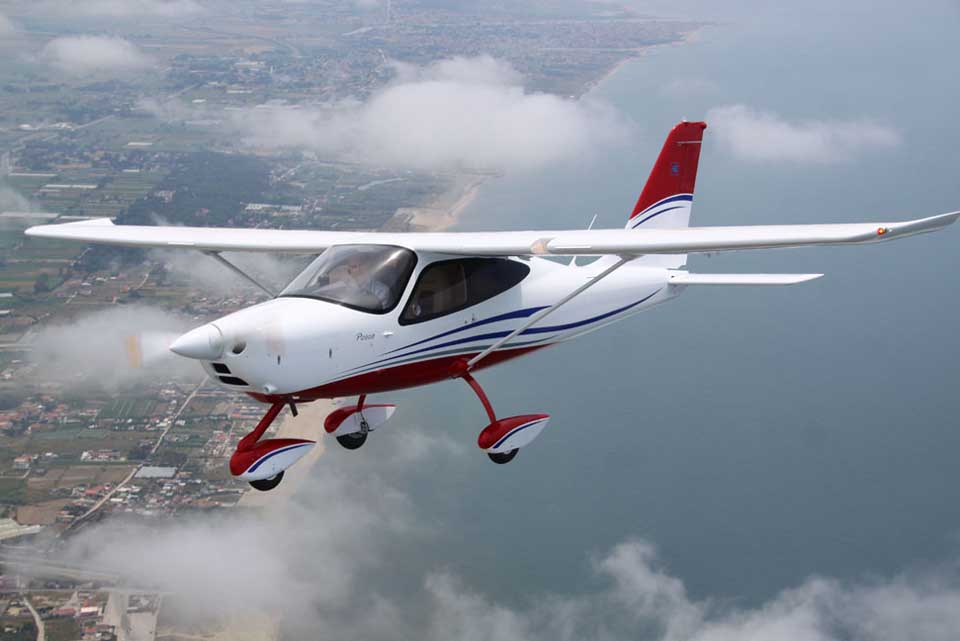 The 2-seater Cessna 152 has been the mainstay of flight training schools across the world for decades. And with good reason. This aircraft is really tough and rugged, perfect for landing on even the roughest of surfaces without complaint, yet incredibly stable and easy to fly too. The ideal aircraft in which to begin your aviation career.

One of the true workhorses of the aviation training world, the 4-seater PA28 Arrow is a stable and highly reliable aircraft with great handling characteristics. It is slightly heavier and faster than the C152, and with its four seats, the Arrow is therefore deal for larger / taller PPL students. The low wing gives excellent views of the sky above you.

The 4-seater Piper Arrow is the only complex single-engine trainer aircraft built today. With the same familiar controls and handling characteristics as other Piper trainers, it provides an easy transition for students moving up to a 'complex' aircraft. The 'complexity' refers to its retractable undercarriage and variable pitch propellor. Used for advanced CPL training and single-engine IR courses.

A major step-up in your training, the 6-seater Piper Seneca is a powerful twin-engine aircraft and is used on our initial Multi-Engine Piston Rating (MEP). And it's a great touring aircraft too, which is why we regularly provide pleasure flights over London city for those who like a day out with a difference!

A stunning addition to the SFC fleet, the immaculate DA-42 represents the "State-of-the-Art" glass-cockpit technology of the 21st Century. Its efficient low-emission engines and elegant cockpit instrumentation make for an almost effortless flight. Used extensively on our IR training courses.

For the fearless adventurous flyers, we also have the T67 Slingsby Firefly. This is a fully aerobatic military trainer, capable of flying at more than 200 mph, not to mention aerobatic manoeuvres, barrel rolls and inverted flight. A superb training aircraft for those attending our Aerobatic Course.

Last but not least, we have the PA18 Supercub in our extensive fleet. This single-engine aircraft is used tailwheel rating courses and conversion. 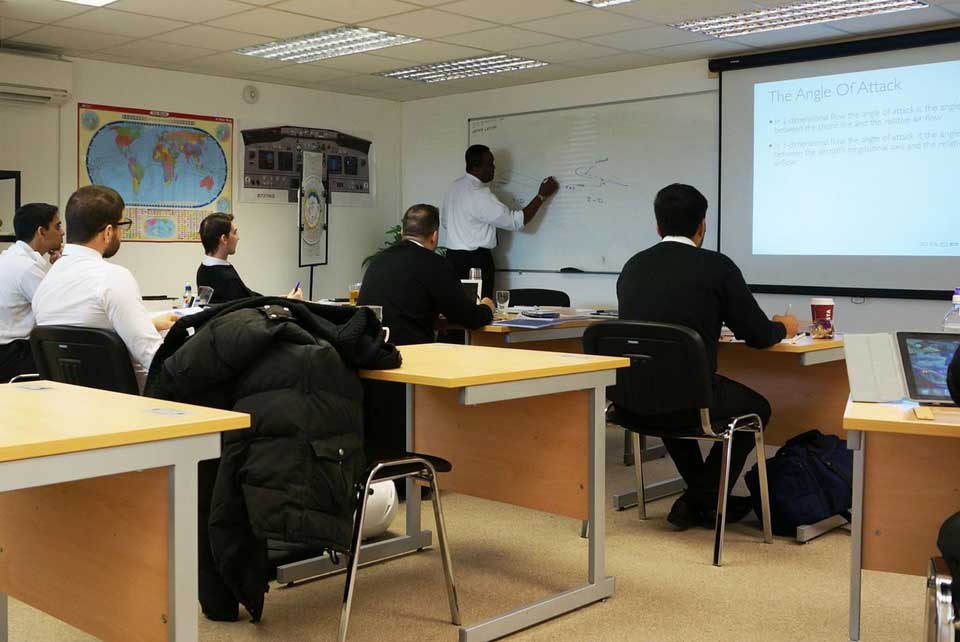 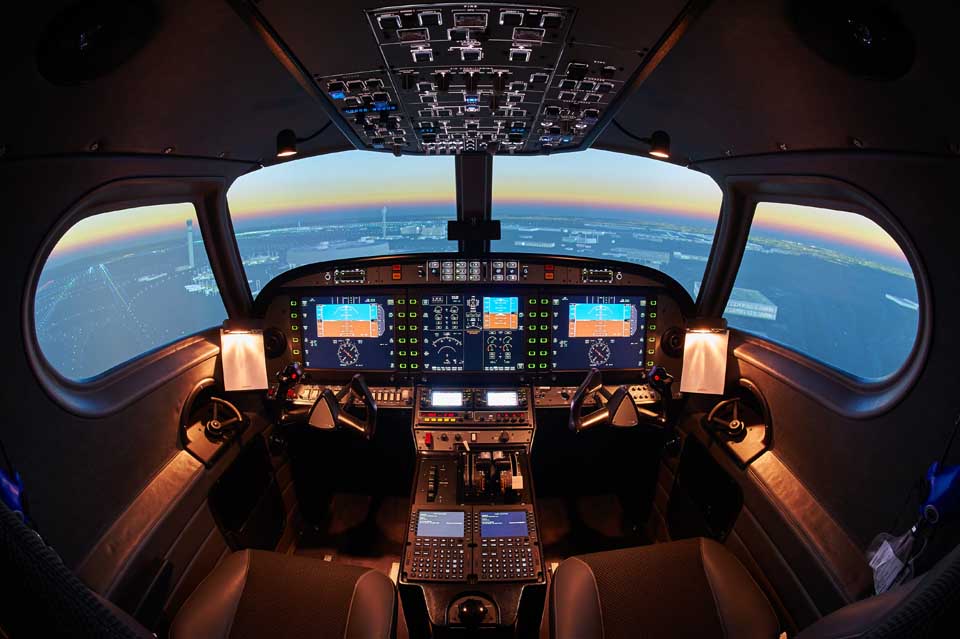 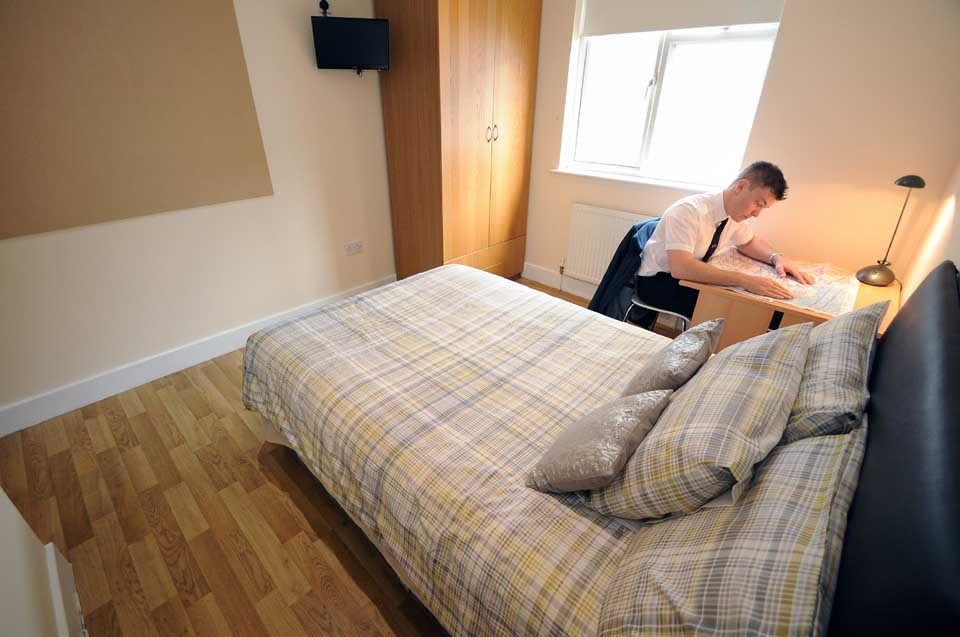 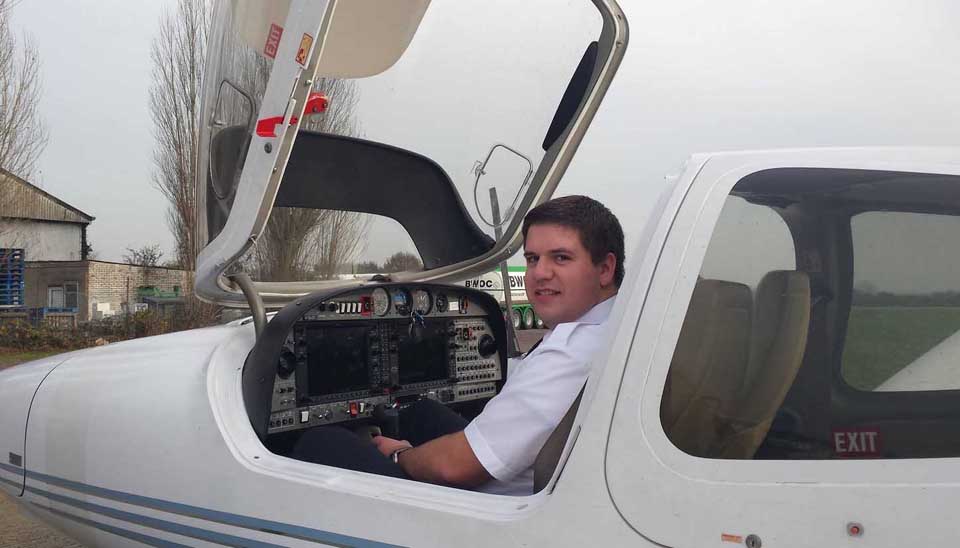 Our FREE quarterly newsletter 'Take Off' (PDF - 274kb) is now available to download (requires Acrobat Reader). It contains lots of up-to-the-minute news about the airfield and club as well as all the latest gossip. We want your contributions too. So if you have any stories, anecdotes or other ideas you wish to add to the next newsletter, or if you wish wish to order a FREE copy, please contact our editor Sue Rose - ku.oc.liamtoh@rp.esoreus or call her on 07808 587248. 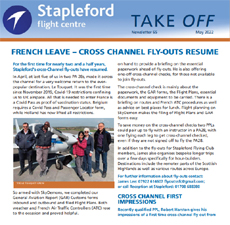 This consultation is in relation to our proposed airspace change to allow RNAV approaches onto Runway 21L. You can download the PDF response form or add your responses online. You can also book into the 'drop -in' sessions here.

Stapleford Flight Centre is proud to announce its affiliation with PEGASUS Finance. Get help with raising the finance for your flight training!

The Civil Aviation Authority has granted stand-alone approval for Stapleford Flight Centre to run modular Air Transport Pilots’ Licence (ATPL) Theoretical Knowledge courses at the airfield near Romford in Essex. This is the only ATPL theory course inside the M25 in the London area.. Download full press release >>

When requesting a clearance into the new Southend CAS, from April 2nd 2015, it would be advisable to quote the CTA number(s) that you want clearance into. Sadly the CTA numbers are not shown on the new 1:500,000 chart and so you will find this chart useful. We strongly suggest that you carry it with you when flying locally to help you ensure you get the clearance you want. If you have any questions or concerns please contact one of the instructors at Stapleford: 01708 688380.

Stapleford Flight Centre launches new 'mobile-friendly' website. We hope you like it - and that it displays consistently well on your desktop, laptop, tablet or mobile device (and if not, please do let us know and we'll try our very best to fix it). 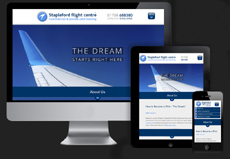 Stapleford Flight Centre, one of the UK’s top flight training schools, is leading the field with the acquisition of a brand new “state of the art” ALX Alsim medium jet simulator. This is first in the UK, and one of only five in Europe. It has just been installed at the Essex-based airfield and it will be used for MCC (Multi-Crew Co-operation) courses and JOC (Jet Orientation Courses) as well as a combined course for tomorrow’s airline pilots. 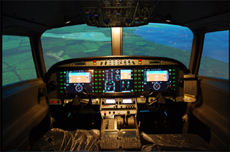 Stapleford Flight Centre is proud to announce its affiliation with PEGASUS Finance. Get help with raising the finance for your flight training! Go to PEGASUS Finance website >>

In conjunction with ProPilot we are introducing an enhanced ab-initio course where, in addition to the standard Zero to Frozen ATPL elements, we will train for type-rating preparation.

The first-ever National Air Traffic Service (NATS) Infringement Prevention Award has been awarded to Stapleford Flight Centre. This is a result of the sustained campaign led by Deputy Head of Training, Brian Peppercorn. 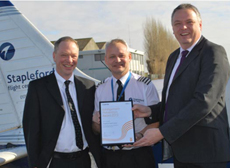 Stapleford Flight Centre, internationally-renowned flight training school for private and commercial pilots, has been awarded Full Accredition for its training courses by the British Accreditation Council for Independent, Further and Higher Education. 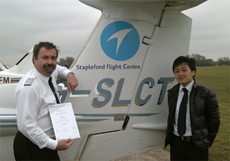 Stapleford Flight Centre is proud to work with and / or endorse: